Power to the people! Today, in the throes of the coronavirus epidemic and ongoing uncertainty as to how to end our use of fossil fuels and slash-and-burn farming in time to save the oceans and at least some of the rainforest, I am blessed to learn of a triumph over impossible odds here in Oceanside, California, that puts a smile on my face and a spring in my step.

What triumph? It seemed an impossible task, but we succeeded. Thanks to the leadership of members of the My Gen Sierra Club chapter, in one month we circulated petitions that garnered the 9,000 verified signatures required to put an important referendum on the November ballot.

Our petitions demanded that we, the people of Oceanside, be allowed to vote in November to stop the “North River Farms” real estate development that proposed to erect 558 homes in what has always been a farming area—at a time when ecology-minded citizens are working to stop urban sprawl and restrict building to areas where infrastructure is already in place.

On November 6th, 2019, the Oceanside City Council had voted 3 to 2 to allow the development, overriding objections by the Planning Commission. To quote the San Diego Union Tribune, “’It is beyond my comprehension that we are even considering this’ without a more adequate emergency evacuation plan, said Colleen Balch, a former city planning commissioner.”

The Voters Did the Right Thing!

Came the election, and the voters agreed with us. Proposition L was defeated! The land and our community’s resources were spared.

Uh … Was This Corruption, Or What?

As if that weren’t enough, the developer bussed in shills in matching green sweatshirts who packed the seats at the City Council meeting where the matter was to come up for consideration, so that those opposing it were forced to stand outside.

This was my first venture into getting an initiative onto the ballot. What an experience! Our goal was to get 12,500 signatures to guarantee enough valid names to qualify.

We were of course unpaid volunteers. At store after store where we stood with our petitions, the developer paid petition circulators to hand out circulars declaring that the development was the only way to save farm land from development!

I personally worked several shifts at different stores, a drop in the bucket compared to the time some of our people devoted to the action. And while some of the developer’s paid people were not disrespectful, some were blatant shout-in-your-face. step-right-in-front-of-you disrupters of the lowest order.

Once the signatures were verified, the Oceanside City Council had the opportunity to retract their approval of the North River Farms development or allow us to vote on it come november. They did the latter, and they lost.

Power to the People! 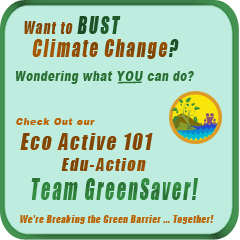